lives of cherries - part I

I have a childhood memory of a perfect cherry tree and huge bowls of sour cherries. Well, to be honest, not only that I remember bowls of cherries I also remember late spring ‘massacre’ on t-shirts each year in a row. This was my grandparents cherry tree and my companion at the same time. The tree itself has played an important role while I was growing up. My birthday parties would always take place under that tree. Just perfectly situated at the center of a flower garden, making shade for all of us beneath.
When cherries become rip we would getter and eat them. Grandmother would make simple cherry cake using eggs, oil, flour, sugar and cherries. Simple, fluffy, refreshing and easy late spring fruit dessert, slightly dusted with icing sugar just before serving.
She would pit cherries using blade, dexterously cutting them in half. Sometimes we would notice something rather white is moving. A worm, hidden in his house, is now forced to move, forced into the open. We would smile and let tiny worm continue its life somewhere else, away from lives of red fruit flesh.

There is a Chocolate Cherry Calfoutis made by Katie Quinn Davies I've wanted to try. Another simple cherry recipe. You just throw everything together and you end up with divine, rustic chocolate fruit dessert. The only thing I didn’t follow is using vanilla extract, I used almond extract instead. I simply couldn’t break a marriage of almonds and cherries this time. 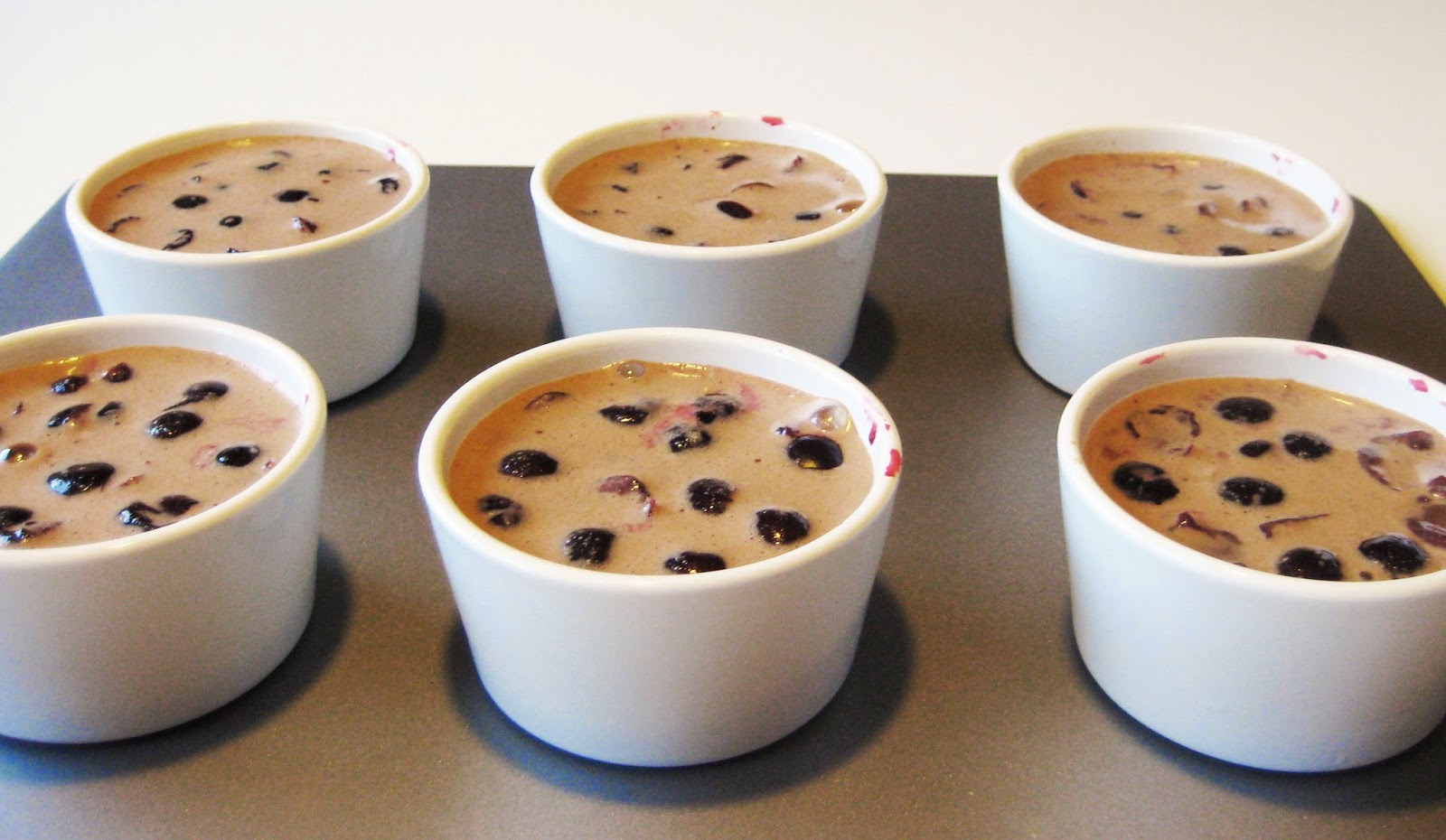 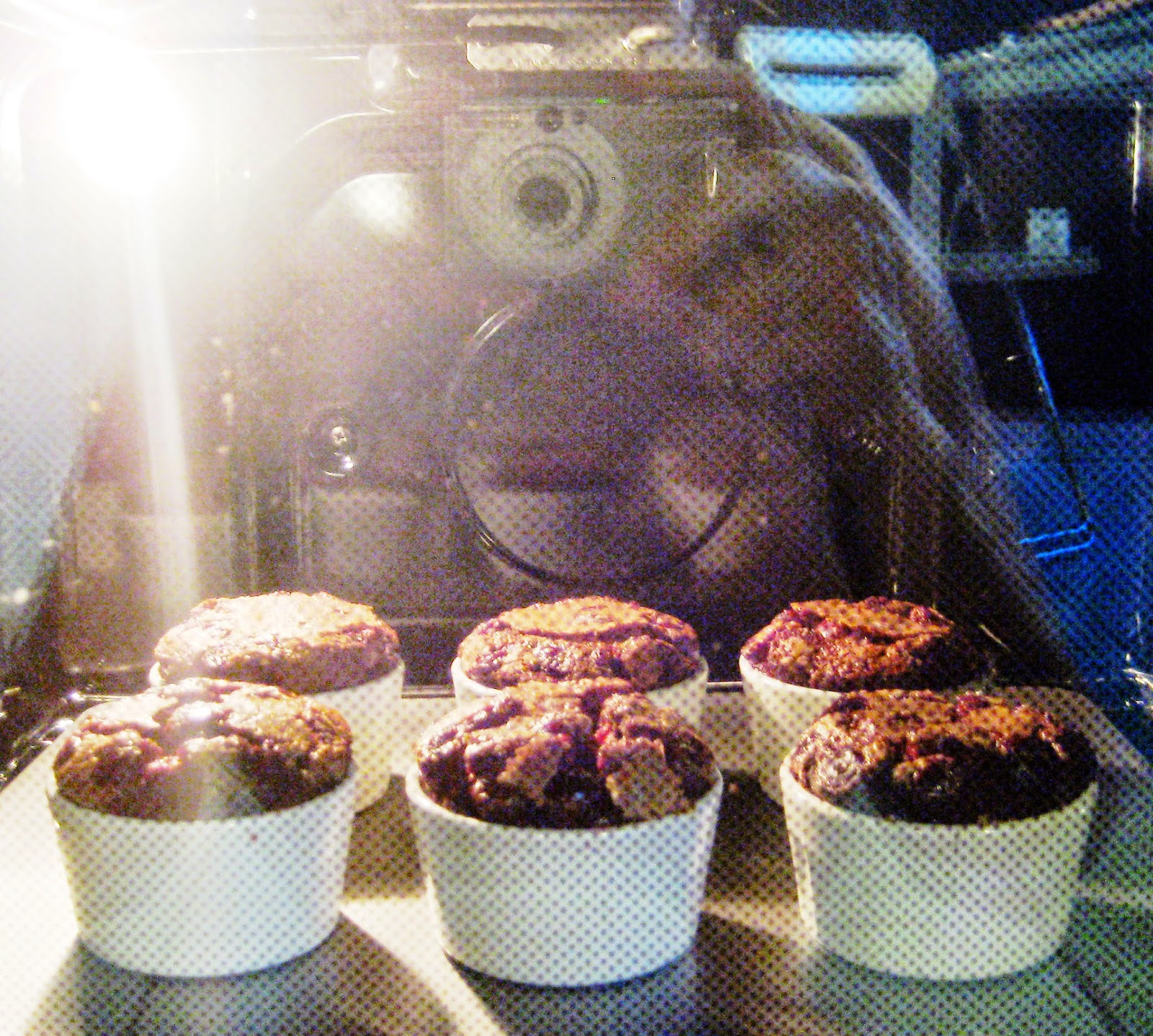 I used 6 ramekins, lightly buttered before placing the pitted sour cherries and pouring the batter.
Clafoutis did rise but also collapsed after few minutes taken out of the oven, as expected.
I dusted each cup with a bit of icing sugar and added few extra cherries on top, to intensify sweet&sour flavor even more. 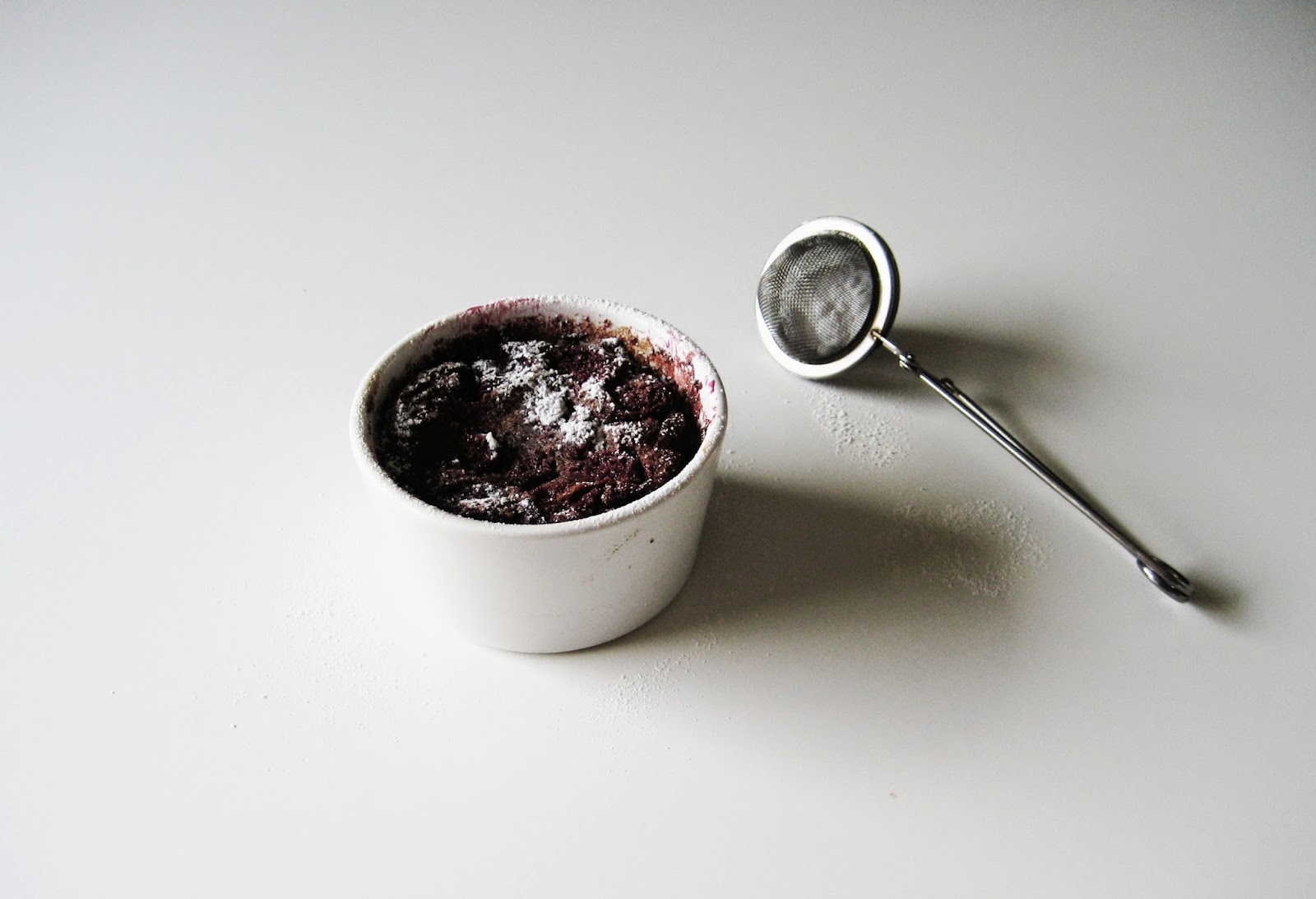 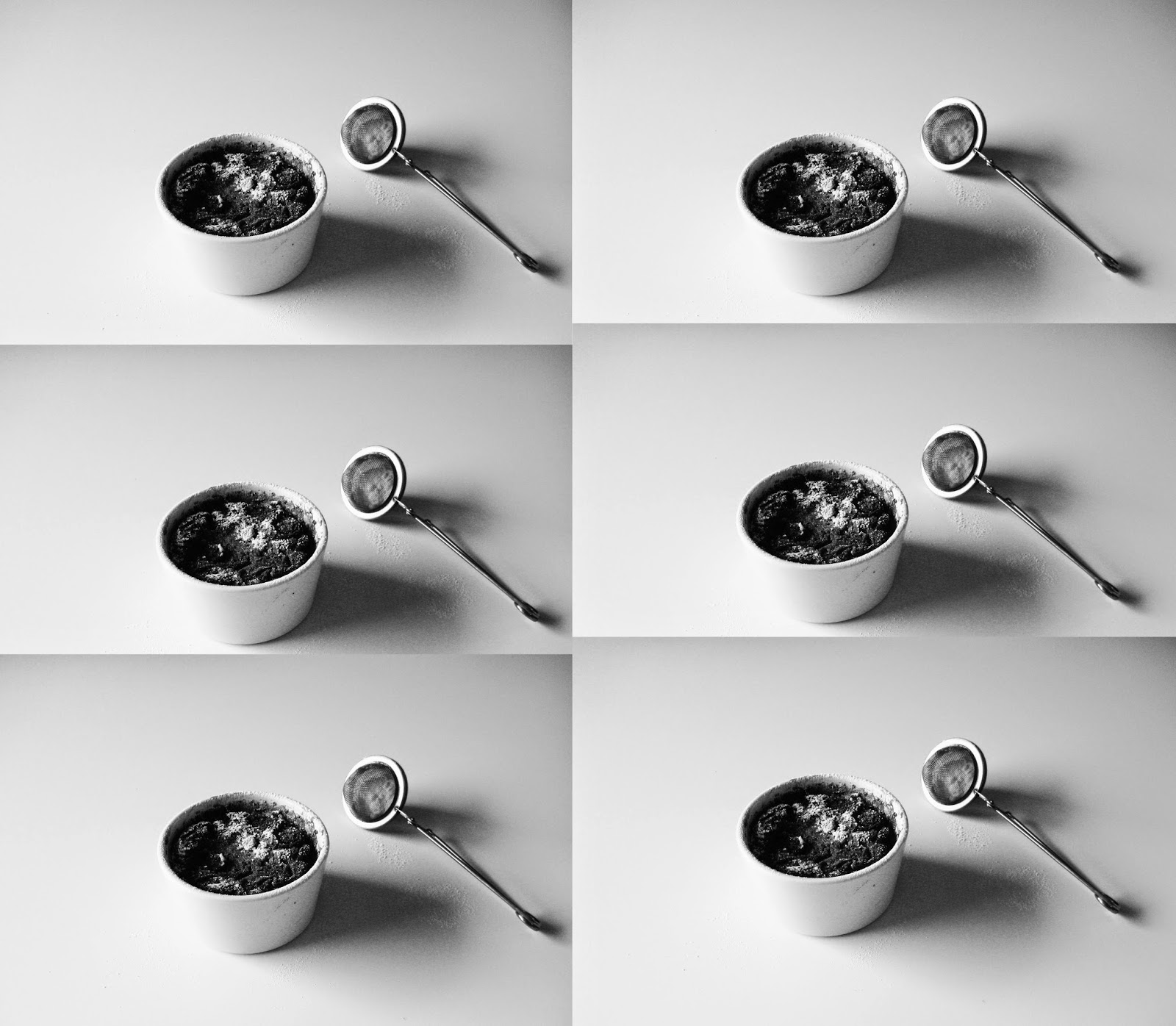 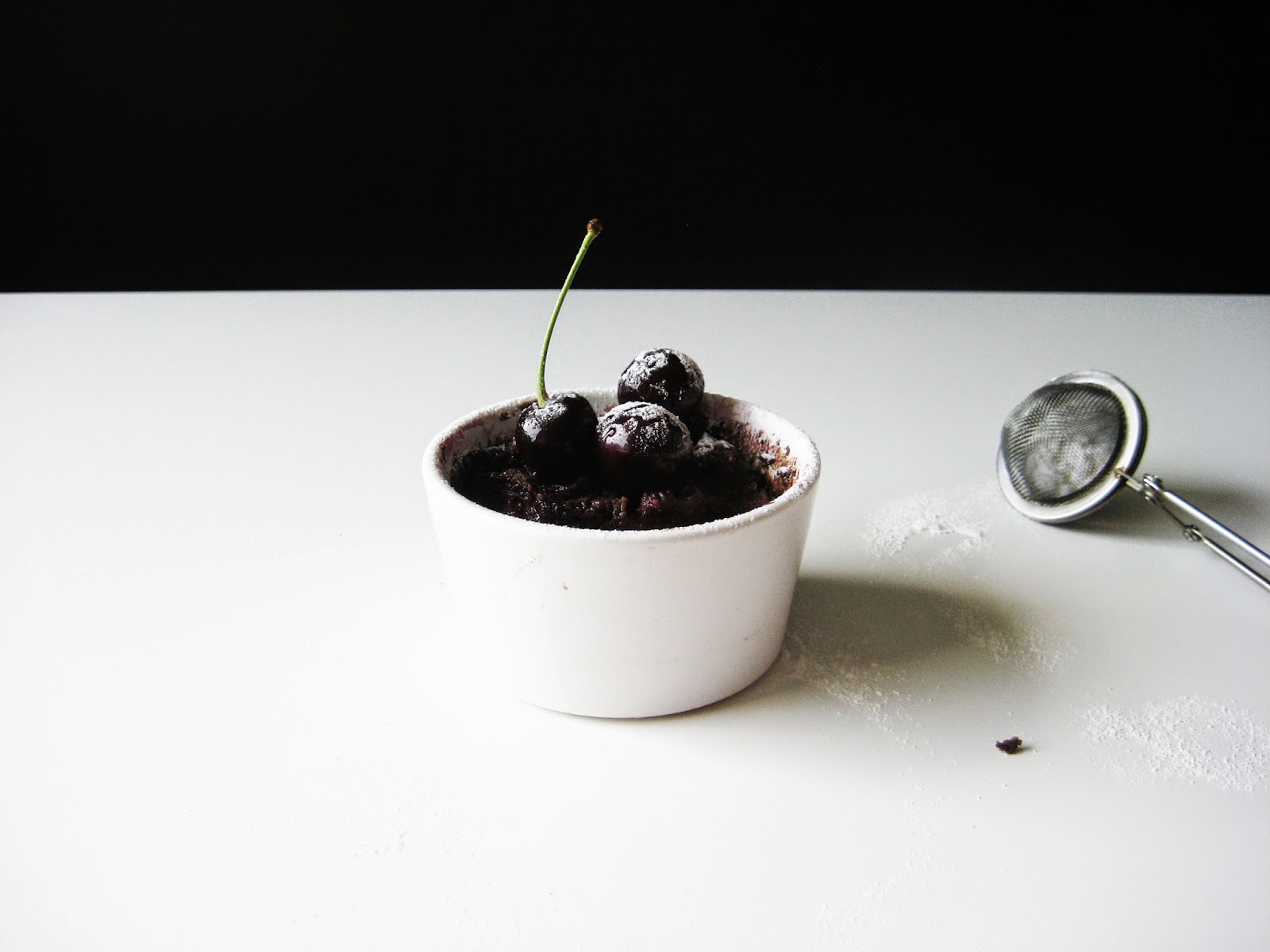 Posted by mykitchenkiosk at 5:04 PM